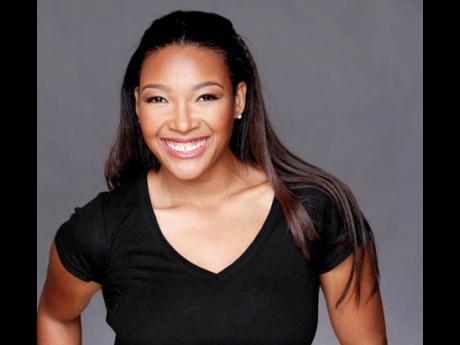 After spending the last four years doing damage control because of issues brought on by a name mix-up, Jamaican actress Shauna Chin is happy to finally be able to move on with her life.

Revealing her plans for the future, Chin, who is also a philanthropist and registered nurse, says she is ready to take on the world of politics. She is about to campaign for an elected position on the Global Jamaica Diaspora Council. Adamant that she can bring about some real change, Chin says her focus will be on immigration issues, particularly deportation concerns.

“Since 2014 I’ve worked with the Consulate of Jamaica-Los Angeles, helping Jamaican nationals with immigration and deportation concerns. I worked closely with the United States Citizenship and Immigration Services (USCIS), the sheriff’s office and the coroner,” she said. “Whenever any Jamaican national gets detained here, I’m notified. I then schedule visits with them in lock-up and determine what assistance they need and how we can help.”

“When I became an actress I didn’t want to waste my nursing degree, so I would volunteer at shelters and orphanages. The late, great Carrot Jarrett recognised this and appointed me to the board of his foundation, and the rest, they say, is history. My volunteer work grew all over Africa, the US and, of course, Jamaica, so then more requests for appointments came in,” she said.

“The more I would lobby for victims’ rights, the closer I became to political candidates and I soon realised that my voice and expertise were better served where change was made. My latest appointment is as United Nations Association of Jamaica ambassador and I’ll be running for my first elected position to be the Global Jamaican Diaspora Council (GJDC) West/Midwest representative.”

If elected, Chin will come into some much-needed resources that will help her continue her work on a larger scale. Most of the work she has done so far has been funded out of pocket and through Honorary Consul Lorna Johnson.

“It's only an honorary consulate here, meaning there isn’t a paid staff to help, as well as my times are only on a volunteer basis so many are left unserved. With the appointment to the GJDC, I will have access to additional resources and be able to continue my work not just here in Los Angeles but throughout the Midwest,” she said. Going on to indicate that she does get tired from all the work, Chin says she stays focused by reminding herself that the work she does is important and impactful.

“It’s not about me and how I feel because, Lord knows, I’m tired,” she laughed. “If I were a different person, I’d just mind my business and rest but the work is necessary.”

Since the start of the year she has filmed two major projects and is currently working on a movie with Vivica A. Fox and Sheryl Lee Ralph.