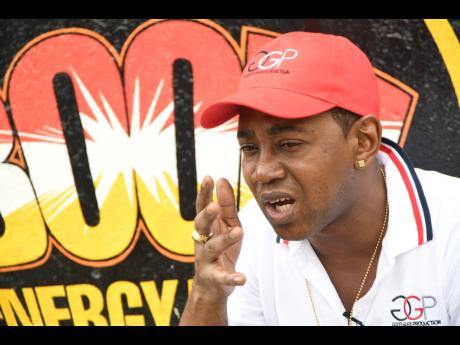 Artistes, selectors and even patrons have long championed the cause of later lock-off times for dancehall events. With police officers now adhering to the strict lock-off times of 12 midnight on a weekday and 2 a.m. on the weekend, industry insiders are once again incensed that they are unable to party until the wee hours of the morning.

According to selector Boom Boom, this has become one of the most pressing issues negatively affecting dancehall's economy. He notes that while promoters and vendors are the ones most adversely affected, patrons who have travelled from far also feel the effects.

"The party dem ah lock off early. Dat make we lose, and lose big time. We ah try fi fix back the time, fi make dem know seh the six to 12 cyaa work. When you see them white people come in the streets -ah far dem come from, innuh? Who nuh come from New Zealand come from Australia or South Africa. A whole heap a money fi dem plane ticket. So when dem come ah di party and it get shut down, all dem ah get fed up," he told THE STAR. "Back in the day, you used to have one party in one zone. That law deh pass from way back when. Things and times change. Now, you can have four parties for one night," he continued.

Boom Boom posits that when the law was put on the books, entertainment events were not the daily offerings we enjoy today. He is therefore appealing that the laws be changed to keep up with the changing times. "On Sundays, you have Wet Sundays, Boom Sundays, Bounty Sundays - like a relay. On Monday, you have Mojito Mondays and Uptown Mondays. On Tuesday, you have Sexy Tuesdays and Boasy Tuesdays. On Wednesday, we have Pepperseed - a nice party dat - good party, the only 'during-the-week party' we have '80s/'90s - and me go up deh and mi enjoy miself! People would leave Pepperseed and come Weddy Weddy Wednesdays, then go Magnum Wednesdays. On Thursdays, you have All-Star Thursdays, Whappinz Thursdays and Topless Thursdays. It cyaa work 12 o'clock, because everybody haffi eat!"