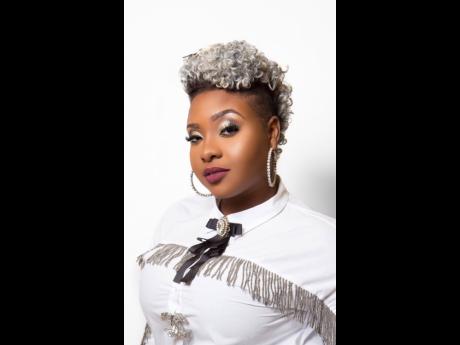 She is best known for her heartfelt love songs and powerful, sultry vocals, but recording artiste Ikaya insists she's always been a 'soulful gangstress'.

This, after the visuals for her latest single, Sexy Badness, left many questioning whether the singer has left her 'lovey dovey' image behind to embrace a tougher, more hardcore persona.

"I think people take me as a roots artiste but I've never imagined myself as just that. I'm an all-rounder. I'm normally classy with my music but me always have a likkle gangster thing going. Even with Aint Got You, A me say ride or die fi mi man, mi will clap it. I've always been a soulful gangstress, it's nothing new," she said.

Ikaya, who lost a friend to domestic violence recently, said she was inspired to write Sexy Badness as a warning to men.

"I had a friend whose boyfriend shot her and then killed himself. When I went into the studio to record that song, there was so much going through my mind and I just wanted to express myself the way I was feeling at the time," she revealed. "I was fed up about what was happening towards our women; the killings, the raping, all of it. The video for Sexy Badness depicts an Ikaya without the filter. I wanted to send the message that as women, we have the power to also get aggressive and do whatever we want, but we choose not to."

The singer says so far, the video has been well received, particularly by her female fans.

"They say they feel empowered when they listen and they feel like they can walk away from situations that aren't benefiting them or at least stand their ground instead of becoming pushovers and weak fences. We are demanding our rights as women and telling the men do not take our love for weakness," she said.

In the video, Ikaya who takes on the role of a female Mafia boss, is seen smoking and brandishing guns. She says she is prepared for the backlash that may come from her not only bearing arms but seemingly inciting violence.

"Music is art. I am not telling anybody to go kill anybody and no one can say they saw anyone die in the video. We have to look at it as entertainment, a way of expressing ourselves as artistes," she said. "I really want more women to see this video and even the men too. I want the women to see that they have the option of defending themselves and I want the men to know that they must think twice about their actions towards us because we can come up to their level. That message is important and needs to reach more ears."