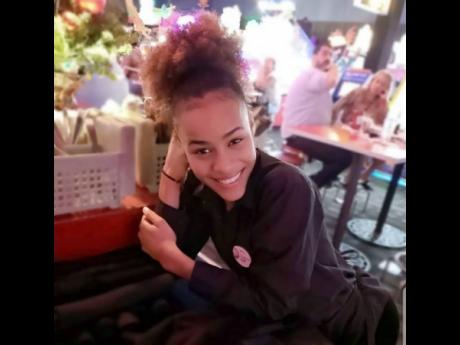 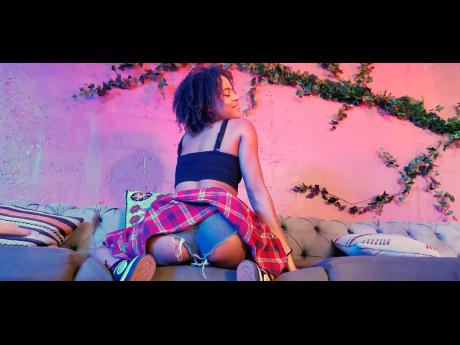 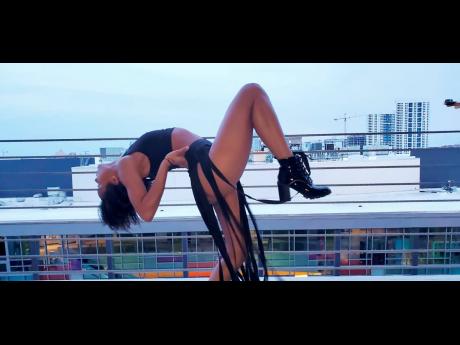 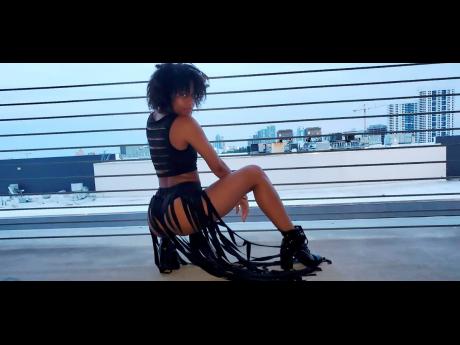 Scrolling through her videos and photos, it’s not hard to see why dancer Jahsis Brennan racks up thousands of ‘likes’ on her Instagram page.

The dancer has a signature style that boasts sex appeal, shows much skin, and incorporates elements beyond the Jamaican dance genre.

But her flexibility and ‘twerk-nique’ are not cries for clout; the 21-year-old shared that she has been expressing herself like this since childhood.

“My mother is a very ital woman, she nuh inna nuh dancehall, ‘winey-winey foolishness’. So she never exposed me to this. Yet from I was very young, like 13, I was expressing myself by dancing and wining,” Brennan told Dancer’s Paradise. “Older girls who were sexually active were telling me fi stop, but I wasn’t even thinking about sex. I was a virgin and I wasn’t even thinking about boys at that point, dancing was just always a form of expression to me.”

Which explains why the Miami-based dance choreographer did not stop her own daughter from ‘expressing herself’ in a dance video, where the two-year-old is seen doing headstands and dancing on a fence.

In an age where Trolls criticise everything on the internet, Brennan was aware that backlash could accompany the post, but made it clear that no negative vibes would be accommodated.

“The society that we live in today associates the concept of wining with being sexual, provocative or wrong. But it’s a form of expression, and she is an innocent child who has no idea about sex and was just expressing herself,” she said. “I’m very comfortable letting her see me dance and I prefer to be the parent where you don’t feel uncomfortable to do stuff in front of me or talk to me about certain topics. I find that now she is doing more ballet and twirly-twirly stuff and hardly wine up herself, but that is still a form of expression.”

The experience was an actualised dream for Brennan, who cites Brown as an inspiration while she was a student at Edwin Allen High School in her home parish of Clarendon.

She participated in various competitions hosted by the Jamaica Cultural Development Commission and Dancin’ Dynamites.

But Brennan found herself between Miami and Jamaica for several years, based on the nature of her mother’s job as a tour company operator, which resulted in a frequent change of schools.

This did not sway her performance, and Brennan graduated in New York with a 3.86 GPA, and decided to pursue dance.

“At one point I was interested in obstetrics or paediatrics. I still am, as I have a passion for children, but my main passion is definitely entertainment,” she said. “I’ve been dancing from I was in my mommy. In labour, I turned sideways and they were gonna give her a C-section, and I turned back and she had a natural birth. So, in my head, I had to have been dancing. I never really had any professional training, so I am mostly self-taught with everything.”

Though mommy duties have given her more responsibilities, Brennan is steadily growing her résumé, also working with a slew of top reggaeton stars like Fontana, Nicky Jam and Farruko. As her brand expands, she hopes to establish an organisation which targets at-risk youth.

“I’d like to set up recreation centres in Jamaica and abroad to get young people off the streets and engage them in something productive rather than things that will not propel them in a positive future, like drug abuse,” she said. “I want to use my dancing to uplift people and give them some hope and show them there is a bit more to life than what they are currently experiencing; and I want to show upcoming dancers that it is possible to reach far in the entertainment industry.”