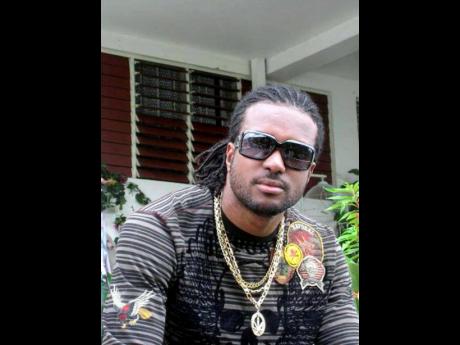 The project aims to create awareness around the issue of suicide. According to the artiste, the growing suicide rate across the region has become a major cause for concern and he wants to help do something about it.

"There are a lot of people out there going through depression and having suicidal thoughts and need someone to talk to. I joined TCV so as to use my music to address the problem because I am very concerned," he said. "I decided to create a song to speak to these people, and I hope to inspire and uplift the minds in a positive direction. I want people to find other means to alleviate their depression instead of giving up on life itself."

The artiste, who lost his mother to cancer at age 13, revealed that he has had his fair share of depressing times.

"I had family who supported me, and having that system in place can go a far way in keeping someone from falling into the dark trenches of life," he said. "People become depressed for various reasons - lack of wealth, success, wanting to be accepted by other people, abuse by parents, spouse and others, and this can lead to suicidal thoughts. But whatever the reason, I want to be there for these people in these dark times. I want to use my music to say give life a chance man."

Well aware that persons tend to react harshly to people who attempt suicide, the artiste said the campaign also aims at sensitising those negative people.

"People who commit suicide actually have a mental block. That means they reach a state of mind where they don't see no escape for a better way out of whichever situation they find themselves in, and so their escape route is to commit suicide," he said. "What they need is good, positive people, who reason and have encouraging words to uplift and motivate them when they're going through depression and tough times, because this is what has saved many lives. The more we make a mockery of suicide, it shows our ignorance, and the rates spike even further."

G Mac's song for the campaign is Love Your Life. He is slated to release visuals for the song and is scheduled to perform it at several shows in the Caribbean in support of the campaign.

TCV is engaged in suicide and abuse prevention in the US, Guyana, and Trinidad and Tobago, with plans to officially launch in Canada and Jamaica within the next two years.