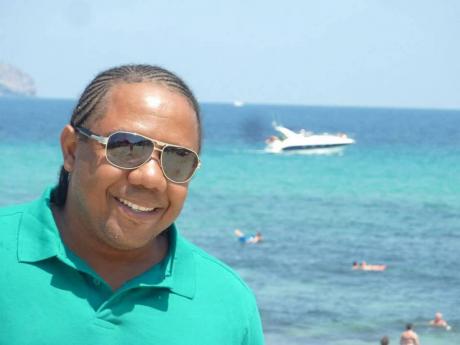 Tropical House Cruises to Jamaica, which was released by Jamaican producer Sean 'Contractor' Edwards in January 2018, was highly successful.

The album, which was also submitted and accepted for Grammy consideration, did so well that Edwards has decided to do a 'double take'.

Last Thursday, he released Tropical House Cruises to Jamaica Reloaded, and having debuted at number one on the Amazon best-selling new albums chart, Edwards is hoping this compilation will be just as successful as the original.

Speaking with THE STAR about the project, Edwards revealed that though it bears a similar title, the new project is vastly different.

He explained that with a touch of Afrobeat mixed in with roots-reggae music, the album will build on the brand established by its predecessor.

"While the first project used Ed Sheeran and Sean Kingston, Safaree and so on, I decided to use roots-reggae artistes this time around. When I did my research, I saw that roots-reggae artistes are selling more than even the dancehall artistes and I decided to go that route," he said. "I have people like Black Uhuru and No-Maddz on it. Sizzla, who is an associate of mine, has held up the Rastafari levity, and so he's a great addition to the project also.

Richie Stephens is another stalwart on the album who Edwards expects will add much experience to the overall sound.

"We also have some new artistes in there like Nature Ellis, who's been doing some great work in Europe. The album is going to be great. It (the album) shot to the top of the Amazon best-selling new album charts and we feel good about it. This has been a team effort and we are proud of the work we put in. There is that old revival of the culture in reggae music and this album showcases that," Edwards said.

He said although the album has much to live up to in terms of matching the success of the original project, he believes anything is possible.

"It's our goal to top the last project and with teamwork and a good marketing strategy, we think its attainable."

The 16-track record was produced by Edwards with assistance from Alonestar (Sheeran's cousin).