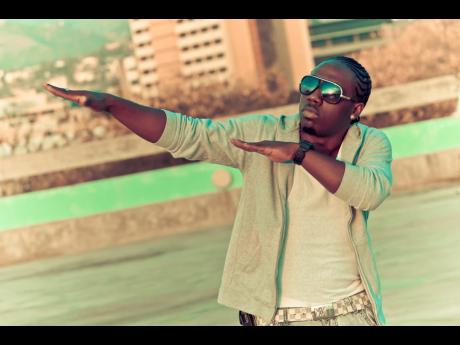 The medicinal benefits of marijuana are highlighted on the track 'Da Spliff Yah' by dancehall artiste Cee Gee, and the song has been gaining some traction since its release last November.

"The feedback is great so far, and it's getting a lot of airplay by popular disc jocks on well-known radio stations, not only in Jamaica, but overseas as well. It is also featured on quite a few mixtapes. We are taking the promotion to the streets, while gaining momentum with each passing day. I am immensely grateful for the support," Cee Gee said.

Cee Gee explained that the song was inspired by the 'weed' testimonials that he has heard.

"The inspiration behind Da Spliff Yah came from friends, especially those who take part in the use of marijuana recreationally, telling me that I need to do a 'bad weed song'. After listening to the rhythm, I felt that it was the right time to do it," said Cee Gee.

It has been 13 years since Cee Gee, whose given name is Cheston Grossett, began pursuing music professionally. He has written songs for a number of recording artistes. Some of his efforts include Gun Shot by Nicki Minaj and Beenie Man (which was featured on Nicki's 2012 Grammy-winning and multi-platinum-selling album Pink Friday: Roman Reloaded); We Run Road, Bad Mind People, and Million Gal by Beenie Man. He also wrote Don't Blame Me by Shenseea and Santigold.

"I am just a humble and strong-minded individual who loves music. I bring a unique perspective in terms of concepts and style, but at the same time relatable and catchy lyrics," said Cee Gee.