Can rape really happen in a marriage? 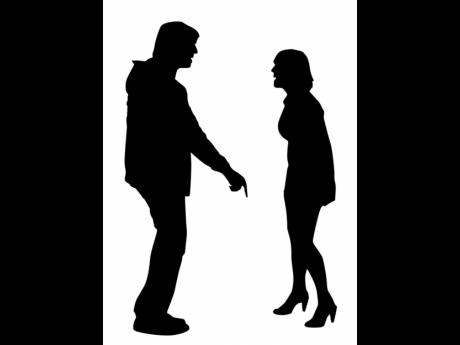 The statement marital rape sounds like an oxymoron. How can there be rape in a marriage?

Let’s look at the words individually. Rape as defined in the dictionary, is unlawful sexual intercourse or any other sexual penetration of the vagina, anus, or mouth of another person, with or without force, by a sex organ, other body part, or foreign object, without the consent of the victim.’

Marriage is the legally or formally recognised union of two people as partners in a personal relationship.

Knowing the meaning of these words makes it difficult to see both behaviours existing in the same relationship.

Perhaps that is why the Jamaican lawmakers are having such a hard time enacting legislation that addresses marital rape.

Currently, the law does not recognise rape within a marriage, except where the couple is separated.

The Sexual Offences Act is currently being debated in parliament and the justice minister has introduced an amendment to make marital rape illegal.

I personally think that this is an important move that will protect spouses that are sexually abused in relationships.

One of the biggest opponents to this move is the church, because they believe that once a couple gets married, they have full ownership and access to each other’s bodies and further consent is not necessary.

I cannot understand why anyone would like to have the option to force their spouse to have sexual relations with them and have to face the physical, mental and psychological consequences that come with being raped.

The existence of a law will allow for some protection for the offended party. I think it’s time for the law to adjust to recognise marital rape.

This idea that the ownership of an individual’s body is transferred with marriage is not only problematic; it takes away the responsibility of one’s action from that individual.

A marriage licence is not a certificate of ownership and should not be treated that way.