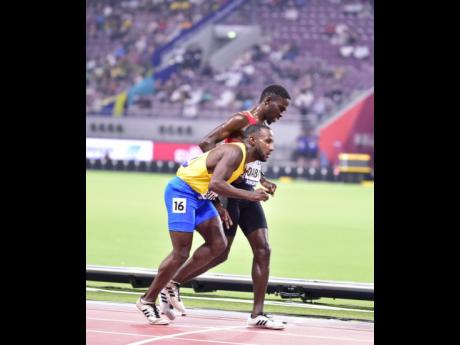 Images of Guinea-Bissau's Braima Suncar Dabo helping Aruba's Jonathan Busby to the finish line during the Men's 5000m heats on Day One of the IAAF World Championships in Doha, Qatar, have captivated many persons.

The display, which goes beyond sports, had the entire stadium standing, and some people, for the first time, recognize that there is a country by the name of Guinea-Bissau.

In case you didn't know, are five facts about Guinea-Bissau.

1. Guinea-Bissau is a small country situated between Senegal and Guinea.

3. The country gained independence from Portugal in 1973.

4. The country has been branded a narco state because of rampant drug smuggling activities. In early September, police there seized 1.8 tonnes of cocaine hidden in flour bags and arrested eight people, including three Colombians. It was the second time in six months that Guinea-Bissau broke its own record for the largest haul of cocaine in its history.