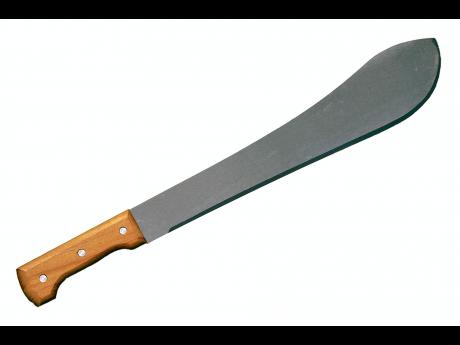 A woman is now without a washing machine, a mirror, a stove and other personal effects after she told her son the now popular phrase 'hol' yuh position Satan'.

The accused, Marcus Chambers, 37, told parish judge Chester Crooks that he was mentally disturbed when he appeared in the Kingston and St Andrew Parish Court last Friday.

"I have a mental issue, Your Honour. I fall out of an ackee tree and hit my head and from that I have been hearing voices in my head," told the court.

Chambers reportedly got irate after he wanted to use water in his mother's house but was delayed because she was using the water to fill her washing machine to do her laundry.

Chambers began cursing her, to which she uttered "Hol' yuh position Satan'."

This angered Chambers, who rushed for a cutlass and attempted to attack his mother.
The woman was protected by persons nearby and locked in a room at their Allman Town, Kingston home.

Frustrated that he couldn't get to her, Chambers turned his wrath on her possessions and chopped up the washing machine, her flowers, a mirror and a toilet bowl.

However his mother was still compassionate.

"I don't know what wrong with him. Him have a serious problem," the woman told the court.

Crooks then ordered Chambers to be rendered to psychiatric evaluation and ordered him remanded in custody to the mental ward of the Tower Street Adult Correctional Centre.

He will be brought back to court on September 22 when the case will again be mentioned.