Shelly to release book called I Am A Promise 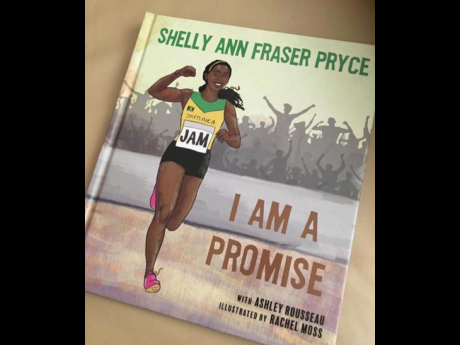 Sprinter Shelly-Ann Fraser-Pryce has announced that she will be releasing a children's book in September.

Fraser-Pryce, the first woman to win 100 metres medals at three consecutive Olympic Games, said the book is called "I Am A Promise".

"Seeing my personal journey depicted in print and colour is such a blessing for me and I am so humbled to be able to share it with you all. The genesis of this is founded on what I believe is fundamentally important; how we raise our children, the importance of consistent love and nurturing their God given talents always," she said on social media.

Born in the tough inner-city community of Waterhouse, St Andrew, Fraser-Pryce has overcome many advaersties on her way to track and field stardom.

The 32-year-old recently returned to the track after giving birth to her son, Zyon on August 7, 2017.

"This is book is extra special for me also as I will be able to read it to Zyon and teach him these valuable lessons as he grows up," said the pocket rocket, who now uses the moniker
Mommy Rocket.